August 06, 2022
This post remained as a draft from June 2008 when I spent a month in Uppsala, at the library of the Nordic Africa Institute writing my Master's thesis in African Studies. I published this post finally in August 2022, only editing the title (which was originally "Nostalgia") and the last paragraph somewhat. I haven't felt the urge to write for some days now, because that is what I mostly do during all my days at the Institute. I go there around ten in the morning and return around 8-9-10 in the evening. Also on weekends, although I tend to take them a bit lighter. I had forgotten already how it feels like to be in a foreign ( Sweden counts as one, in the end) country alone for the first few days, missing people and wanting to be somewhere else. At the same time there are so many things to explore and so many people to meet, but in the beginning the fatigue and – perhaps even in Sweden – adjusting to the culture takes time. The funniest thing is that besides home co
Post a Comment
Read more

Return to the land of Teranga 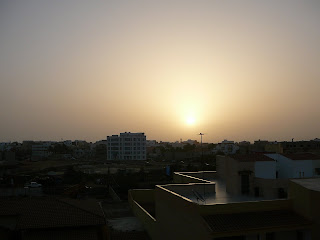 This post was originally written in March 2011 when I visited Senegal to plan for a development cooperation project "Woomal 2" between the Guides and Scouts of Finland and Les Eclaireuses et Eclaireurs du Sénégal. The post, however, remained as a draft. In August 2022 I noticed the draft and edited it slightly to be finally published . My previous post in the end of September 2010 was on my return to Finland . This one will be on my return to Senegal - very intense four days I spent last week in Dakar, Saint-Louis and Mboro.  Sunrise in Dakar   Strangely enough, I had more butterflies in my stomach than when arriving in Senegal last time. I felt worried that perhaps I would feel a stranger in the country again. In fact, Senegal is the only country in Africa where I have ever returned second time - and this was already the third time I laid my feet on the ground of Senegal, the country of "teranga" (= hospitality in Wolof language). My fears proved to be wrong, and
Post a Comment
Read more 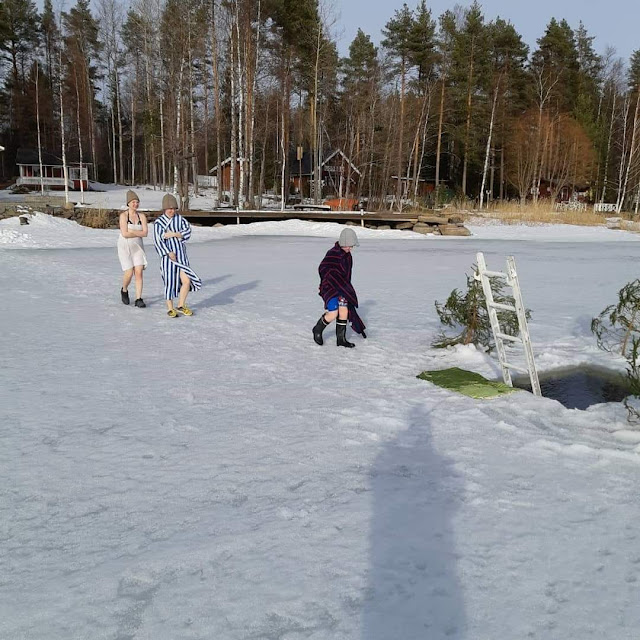 Today, the news was out: public saunas in Helsinki will be gradually re-opening after being closed for more than two months. During the recent pandemic, I have envied people for owning two things in Finland: private cars and saunas. (Yes: this is how small, privileged first-world problems I personally have to endure at the moment...) Cars can be rented or bought; but it is more challenging to organise a sauna of one's own when living in a city. When Covid-19 restrictions in March started, most blocks of flats closed their communal saunas for inhabitants; and so did all the  amazing public saunas in Helsinki , too. Then the southern Finnish region of Uusimaa was blocked for three weeks, and in general, travelling anywhere outside one's own city was not recommended, which left summer/rental cottages with saunas also outside our options. It has to be noted that in Finland though, I am in a minority with my sauna troubles. According to a huge sauna survey with over 24,000 re
Post a Comment
Read more

March 03, 2014
This post tries to briefly explain the little known various styles of Bhutanese music which you can hear blasting from the local radio stations every day. Religious music is in a category of its own, with sacred dances and monastery music - here I will only focus on folk and popular music. B-pop Starting with the newest form: B-pop , a style "invented" by a local music studio in Thimphu called M-Studio . They have produced several hits during their few years of existence, most famously Tharingsa of which I have heard at least four different versions (not to mention all the karaoke interpretations), and Yonphula which is probably their second-biggest hit. The video below, filmed on a beautiful river-side with a prayer flag covered bridge in the background, is an acoustic version of singer-songwriter Pema Deki's "Due Atara". The faster, disco-type original song was chosen for the first ever flashmob organized in Bhutan: Pema Deki performed her song live wh
Post a Comment
Read more 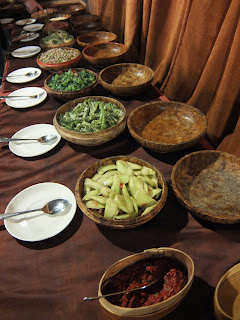 "In Bhutan, chilli is not a spice. It is a vegetable." These were some of the wise words I was told during the flash introduction to culture, security and practical issues in Bhutan by the UN security officer during my first week. Since then, I have been asked the question "how are you coping with the food here?" in a worried tone, as not everyone is as fond of chillies in every single dish as the Bhutanese are. Selection of Bhutanese dishes at the Folk Heritage Museum restaurant. Chilli sauce ( ezay ) in the front, ema datshi (chillies and cheese) third bowl from the front. Luckily, I was a chilli lover even before coming here, so the experience has not been as extreme as it could be. An average Bhutanese household can use one large sack of chillies (2 kg or so) in one week. It is hard to think of a proper Bhutanese meal without them - and yet chillies are a recent import, perhaps only 100-200 years old. Nowadays Bhutanese staple food usually consists of r
Post a Comment
Read more 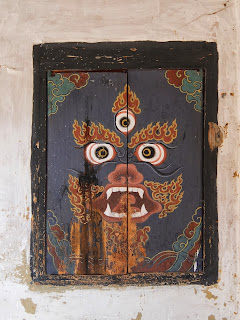 Christmas, the most commercial religious holiday of all is approaching. One might think that the materialistic, carnevalistic celebration of religious holidays would not have reached Bhutan yet – wrong. The two tsechu s, religious festivals I have testified in Thimphu, the capital and in Bumthang, Central Bhutan have had a vast selection of attractions outside the official programme of sacred dances ( cham ): gambling, drinking, dancing girls...you know, the usual things you would associate with a Buddhist festival!    But first: what is a tsechu ? Bhutanese tsechu s are important social and religious gatherings which last 2-5 days and take place in the courtyards of dzongs (administrative and religious centres of the district) or lhakhangs (temples or monasteries) .  The main programme consists of sacred dances which have different significances, commemorating the events in the life of Guru Padmasambhava who brought Buddhism to Bhutan in the 8 th century and is revered
Post a Comment
Read more 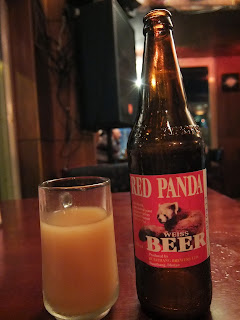 Bhutanese people often ask how do I like Bhutan, adding that "it must be very different from your country".  Actually, in many ways, it isn't.  Just to name a few common things between Finland and Bhutan:  Forest coverage in Finland: 78 %, in Bhutan: 72 % People are modest and don't like bragging about themselves Showing emotions is not common, and talking about them is even less common And finally, alcohol consumption is high (highest in South Asia), and the people who drink, drink a lot Drinkers both in Bhutan and Finland tend to consume mostly beer and strong liquors. I have had the chance to taste a few different kinds of local alcohol brew called ara , among the most memorable being heated ara with pieces of egg in it: dinner and drink together, very convenient! Local Red Panda weissbier. Only local beer brands are allowed to be sold in most restaurants to boost domestic brewery industry.   The attitude towards drunk-driving is still
Post a Comment
Read more 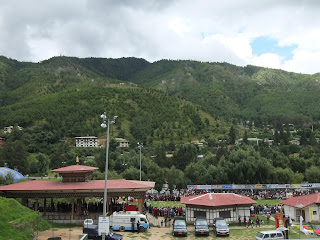 "The Bhutanese love archery. They also love drinking. They tend to combine their two passions, and this is worrying." Before coming to Bhutan, I read a pile of books trying to grasp this country, most of them written by Westerners. Out of these travel/autobiography accounts Eric Weiner's " The Geography of Bliss - One Grump's Search for the Happiest Places in the World", described by the author as "a philosophical humorous travel memoir" was one of my favourites. His quote above is not that far from reality, as even deadly archery accidents (not necessarily only due to alcohol) have taken place in Bhutan. One of the main news stories last week was a young man who was hit by an arrow , piercing his shoulder 11 cm deep from behind. Apparently his village was 8 days (!) of walking distance from the nearest hospital. Bhutan has no ambulance helicopters (yet, that is one of the new leading party's promises), so the main news of the foll
Post a Comment
Read more
More posts